I’m from Argentina, meat is really good there, we brag about it and export it. I’ve eaten meat almost daily all my life. Becoming a vegetarian is hard, meat is tempting.

The last half of my life I’ve lived in Mexico and, in my opinion, meat here sucks. But in all the years I’ve lived here, that hasn’t stopped me from eating it plenty, that’s how I was brought up. So how does someone like me become a vegetarian? Well, it took some learning to realize why I should and accept that it may not be a good thing to eat meat. 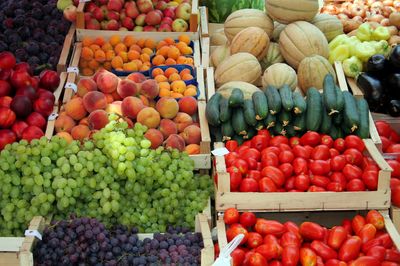 The first thing that made me consider it seriously was not a dietary reason, but a moral one. Watching the Earthlings documentary, one of the scenes even made me cry, but that didn’t stop me fully,  after a short while I was back to meat, even if in lesser amounts or frequency.

Other documentaries, like Food Inc., left a clear understanding that the way meat is produced now, it’s not fit to eat. “Raising them naturally, with respect and a healthy lifestyle would be the solution”, I thought and kept eating meat.

Then Ana bought Simply Raw: Reversing Diabetes in 30 Days that talked about a raw diet and we watched it. It was extremely interesting to me because of what I learnt about the nutritional levels of organic raw food. The health aspect to this raw diet interested me. The documentary was showing the progress of a group of insulin dependent diabetics who -most of them- got so healthy that they didn’t need the shots any more.

Although they said it didn’t include meat, I was planning to include raw meat (e.g. tartar, sashimi) in my raw diet if I ever did it.

Then I watched another documentary on raw dieting called Supercharge Me! Then I also searched the web for raw diets and recipes and found plenty of stuff to work with. Still, I had not taken the decision and upgraded it to action. See? It sounded nice and refreshing, but somehow I thought that lack of meat would result in a protein deficiency.

And then I watched a couple of documentaries by the same person, Dying to Have Known and The Beautiful Truth, which talked about Dr. Max Gerson. I was very interested now because of the health statements. It was talking about dozens of people recovering from all sorts of diseases, including cancer, using Dr. Gerson’s approach. And he was seeing results with this about a century ago!

So I searched some more and found The Gerson Therapy, a recording of Dr. Gerson’s daughter, Charlotte, where she explains the details of it so well that it cleared up a lot of questions I had. She focuses on cancer treatment, as does her father’s book, so the diet is a bit stricter, but the things she covered regarding nutrition are useful to anyone.

The approach has two main areas: deficiency and toxicity. But I’m talking about meat vs. vegetables, how does toxicity relate to that? Well, for starters, meat is pretty toxic, including the one left stuck in your digestive tract rotting. Vegetables and fruits can be toxic if grown with chemicals, but organic, grown without poison and with good rich soil, would be fine.

She makes a good point, at least I considered it so, and that is that our bodies didn’t evolve from carnivores. So I find it reasonable to assume that meat is not the best diet for a body that wasn’t developed for it. I had recently already experienced feeling better with less meat and more fruits in my diet.

We consume lots of nutritional supplements at home to stay healthy, because “food is not enough”, but this may be different. What if food actually nurtured us and supplementation was not nearly as needed? Miss Gerson explained how much protein there is in vegetables, as well as minerals and enzymes, and how you actually get plenty following Dr. Gerson’s advice.

He uses juicing techniques as a way to allow getting the equivalent of lots more food nutrition per day, the juice carrying most of the nutrients, which would not be possible eaten because of the volume added by the fiber. These are in addition to what one eats, so they work as a DIY nutritional supplement.

Now I’ll have to find organic produce and buy it in big amounts, but not spending in meat would save a lot of money too. Eventually I’ll grow my own, I know plenty on the subject to grow good plants with plenty of nutrients.

Such a diet makes a lot of sense not just from a biochemistry perspective, but also from a biophysics one, which I studied some time ago. Improving all those systems in the body with the proper diet, will have a dramatic impact in the overall well-being of the organism.

So I’m pretty sold on the concept now. Will I not ever eat meat again? I doubt it. I do think, though, that after a while without it, detoxifying the body and getting good nutrition from vegetables and fruits, it’s unlikely I’ll really feel like eating meat.