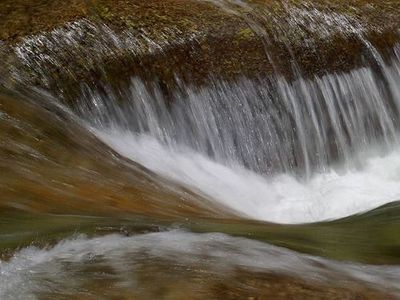 Hydro power is one of my favorites, together with wind. And I like it micro, as with most implementations, because they’re so much cheaper and also easier to accomplish in more places. I’m a big advocate of descentralized solutions, and this is one example.

I’ve found several good solutions for it that I liked, but I have some comments to make on the one I found today called HydroCoil. 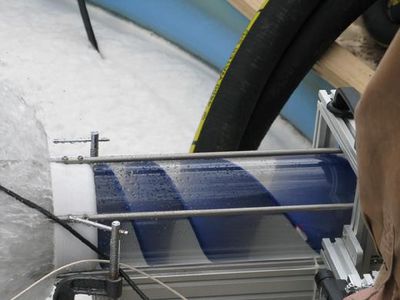 The concept is nice, and seems to be way more efficient than traditional approches, but I don’t think it’s really new. This bears a huge resemblance with Viktor Schauberger’s designs, like the water jet turbine’s.

Schauberger’s jet turbine, too, was highly efficient compared to traditional designs, even as heavy as it must have been, built of heavy metal instead of a lighter material as is possible today.

You can see in the HydroCoil’s design, that they followed the vortex’s flow for the helix. This is nice because as it takes the power of the flow, the increasing angle of the vortex takes more from what’s left, while it changes its vector almost 90 degrees from entry to exit.

Part of the power they get from it when the water flows is the push the water effects on the blade, as in a regular turbine, but there’s also the propulsion at the exit, where the vector is almost perpendicular to the original flow, causing a propulsion that assists turning the turbine.

That is pretty similar to what happens in the Schauberger turbine shown above, in the screw part of it. The first part in his design, the tube, was to increase the flow’s speed first and get more power, with a ribbed cone, like a funnel but with a twist: vortex. So he first imploded the flow and then exploded it.

If the HydroPower design had the vortex in the input, it’d increase its output even more. They could probably take other ideas from Schauberger to improve their design. Schauberger’s works are something really nice to read about and research.

Another thing they could do to improve the output is lower the magnetic resistance the generator creates when spun. This back electromagnetic force acts as a brake on the generator, reducing its efficiency drastically. This is well explained by Peter Lindemann in his Electric Motor Secrets video.

I like that there are companies working on these solutions and putting products out that’ll help people use them.